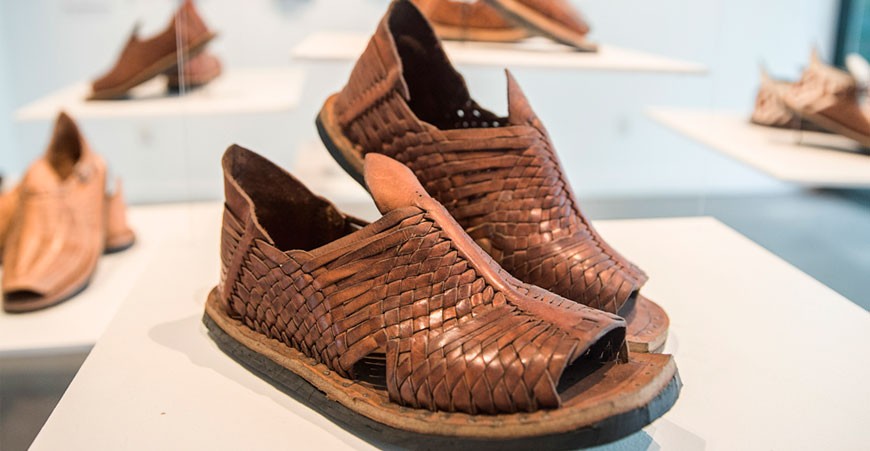 Huaraches are traditional Mexican sandals and shoes. Their origins are unknown, but there are clear design links between some modern huaraches such as Mayan Caites sandals and Pre-Hispanic footwear seen on ancient codices.

As far as we know the first Huarache sandals were easy enough to make that the user could make their own. Over the years however basic thong designs as the Pata de Gallo have developed into complex woven styles.

Traditional sandals exist in Japan called Waraji, a word that sounds quite similar to Huarache although there is no evidence of any connection between the two sandals.

All woven Huaraches are all made using a single strip of leather or textile that is woven around the last and through holes in the sole.